The Cave of Light and the Hercules Columns 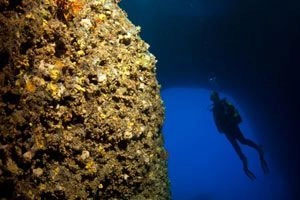 The Cave of Light is one of the best-known and most appreciated dives on the island of Ibiza. The cave is located under the cliffs of the impressive and unspoiled bay of Aubarca, between the municipalities of Sant Joan de Labritja and Sant Antoni de Portmany. The dive begins just 20 meters away from the entrance of the cave, at a great arch whose ceiling begins at a depth of 4 meters and falls to a maximum depth of 16 meters. Once inside we are in a large circular cavity whose ceiling is 15 meters above the surface of the water, forming a large room, which has a big opening, allowing access by land for the more daring. The sunlight that gives the cave its name enters through this opening. During the summer months, at noon, a great beam of light crosses its transparent waters forming a beautiful show of lights and shadows, giving the cave a beautiful bluish colour. Once the tour of the Cave of Light is finished, the dive goes ahead in the direction of the Hercules Columns. It is a beautiful cave totally submerged at just 9 meters depth, getting its name is from two large columns that seem to support the ceiling of the cave. 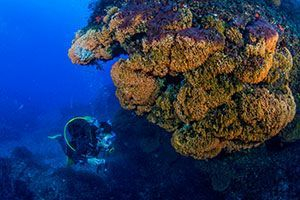 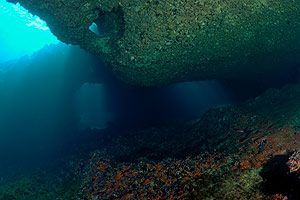 The Blue Holes is one of the best dives in Portinatx. This… 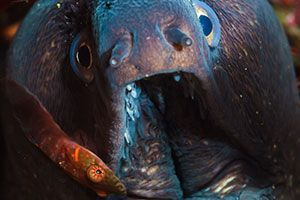 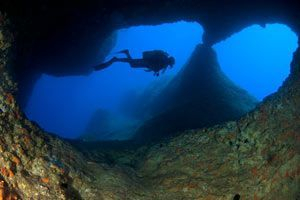 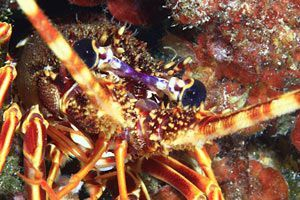 Punta Galera is located at the western end of Sa Guardiola, the… 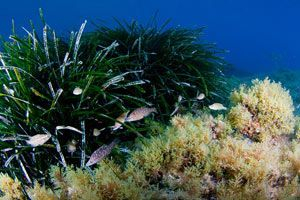 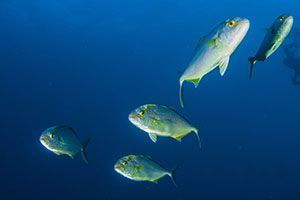 S’illot Gros, a small triangular-shaped island, is in the steep bay of… 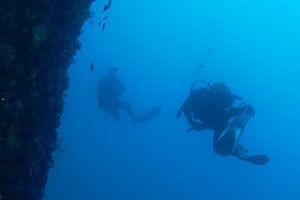 Punta Jaime gets its name from Jaime, the first assistant of the… 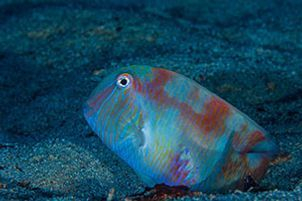 Island of the Seagulls

Sa Aigua Blanca, also called the Island of the Seagulls, is a…